Discover the magic of Bulgarian food

A type of Bulgarian dessert 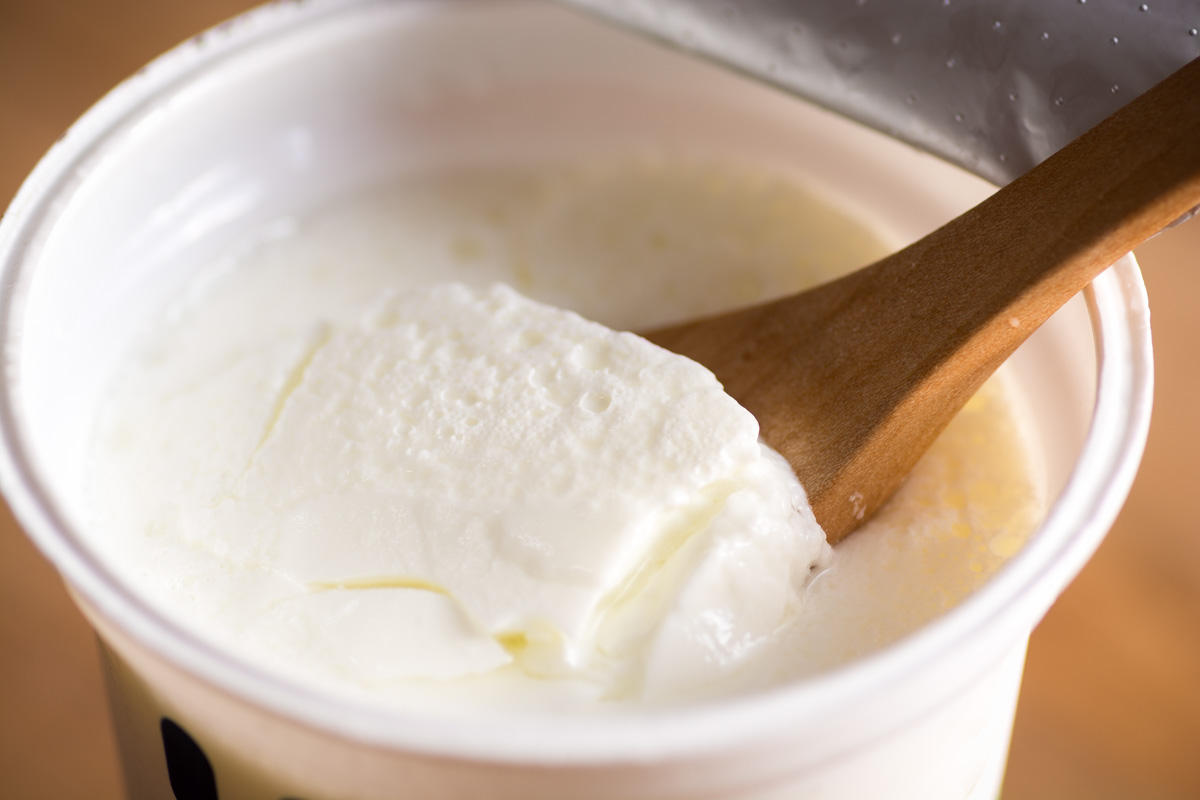 Bulgarian yogurt is undoubtedly one of the best types of yogurts available. Bulgarian yogurt has two type of bacteria - lactobacillus bulgaricus and streptococcus thermophilus - both excellent probiotic bacteria. The first stran, lactobacillus bulgaricus, was isolated in Bulgaria many years ago by a well-known Russian scientist called Ilya Metchnikoff - one of the founders of modern immunology. He was curious to find the reason for the longevity of Bulgarian people living in the mountains and he believed that it was linked to their consumption of yogurt. So he managed to discover this specific lactic bacteria strain which was indigenous to Bulgaria, hence the name. If you are looking for pure yogurt in its best form - the Bulgarian yogurt is undoubtedly it. Eat it straight, with fruits, add it on meals or make ayran or tarator.

Bring the milk to a boil, put in jars or other large containers, and wait until it cools down. It has to be hot but cold enough so you can put your finger in it and hold it there for a few seconds without burning yourself.
Dilute the bacteria in some lukewarm milk and add it to the jars. Stir well. Cover the jars with blankets, tuck them in good. Do not put the lids on the jars so the milk can breathe. Let them stay overnight or for about 8 hours. Store yoghurt in the fridge.
You can buy Bulgarian yogurt starter culture at Bacillus Bulgaricus

Kiselo mlyako (kiselo mliako) is the Bulgarian yogurt (Bulgarian yoghurt). Kiselo mlyako is one of the things that make Bulgarians proud to call themselves Bulgarians; it is their exclusive invention and heritage that dates back many centuries. A mildly sour-tasting yogurt, kiselo mlyako is undoubtedly the best and the healthiest of all dairy products that are available to consumers nowadays.
The western world calls it Bulgarian yogurt but in its homeland, Bulgaria, itÃ¢â‚¬â„¢s called sour milk. Whatever the name, this wonderful probiotic food has impeccable ancestry - it is believed to have been known for at least 4000 years.
The Bulgarian yogurt comes under the general category of yogurts which contain live bacteria. For yogurt to be considered of the Bulgarian variety, it needs to be made with two specific starter bacteria, Lactobacillus delbrueckii subspecies bulgaricus (often simply called Lactobacillus bulgaricus) and Streptococcus salivarius subspecies thermophilus (often shortened to Streptococcus thermophilus). Most yogurts contain these two as they are such excellent starters but most "ordinary" yogurt has other good bacteria added as well.

Yogurt is identified as a reason for longevity. Bulgaria is one of the countries with the biggest number of people aged 100 years and older.
Bulgarian yogurt is one of the best probiotics out there. Probiotic means ''for life'' and refers to living organisms that can result in a health benefit when eaten in adequate amounts.
Yogurt is an excellent source of "good" bacteria that is needed in the digestive tract. Active live cultures are basically good bacteria that are necessary for the body to function at its best. These good bacteria prevent the growth of harmful bacteria that cause bacterial infections and diseases. Healthy levels of good bacteria also promote digestive health and boost the immune system.
It is believed to help prevent osteoporosis.
It reduces the risk of high blood pressure.
Active cultures help certain gastrointestinal conditions including lactose intolerance, constipation, diarrhea, colon cancer, inflammatory bowel disease, H. pylori infection and many others.
Bulgarian yogurt is organic yogurt and organic yogurt is an excellent diet food. Not only yogurt is nutritionally sound but it also makes you feel fuller faster. It is a good source of proteins too.
Bulgarian: ÐšÐ¸ÑÐµÐ»Ð¾ Ð¼Ð»ÑÐºÐ¾

Kiselo Mlyako (Yogurt) is available in our online store!

Email this recipe to you or to a friend.

Then join our list. We will be happy to send you some amazing offers, discounts & insider deals

The best way to explore Bulgarian food is by tasting it.
Order some online today!
Quick delivery available in the US, Europe and Australia.

Get a FREE Bulgarian cookbook with your online order!

Valid on all orders placed on the US, European and Australian online stores.
Start Shopping